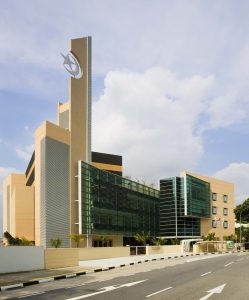 Nestled within this Northern heartland of Singapore, the design award winning An-Nahdhah Mosque in Bishan is regarded as a new generation mosque. Aside from its modern architectural structure, An-Nahdhah Mosque also houses a two-storey MUIS’s Harmony Centre with the sole purpose of creating a welcoming platform where non-Muslims can learn more about the Muslim Community and Islam practices. It was designed to be the new modern communal mosque. It Opened on January 6, 2006 and can accommodate about 4,000 worshippers.